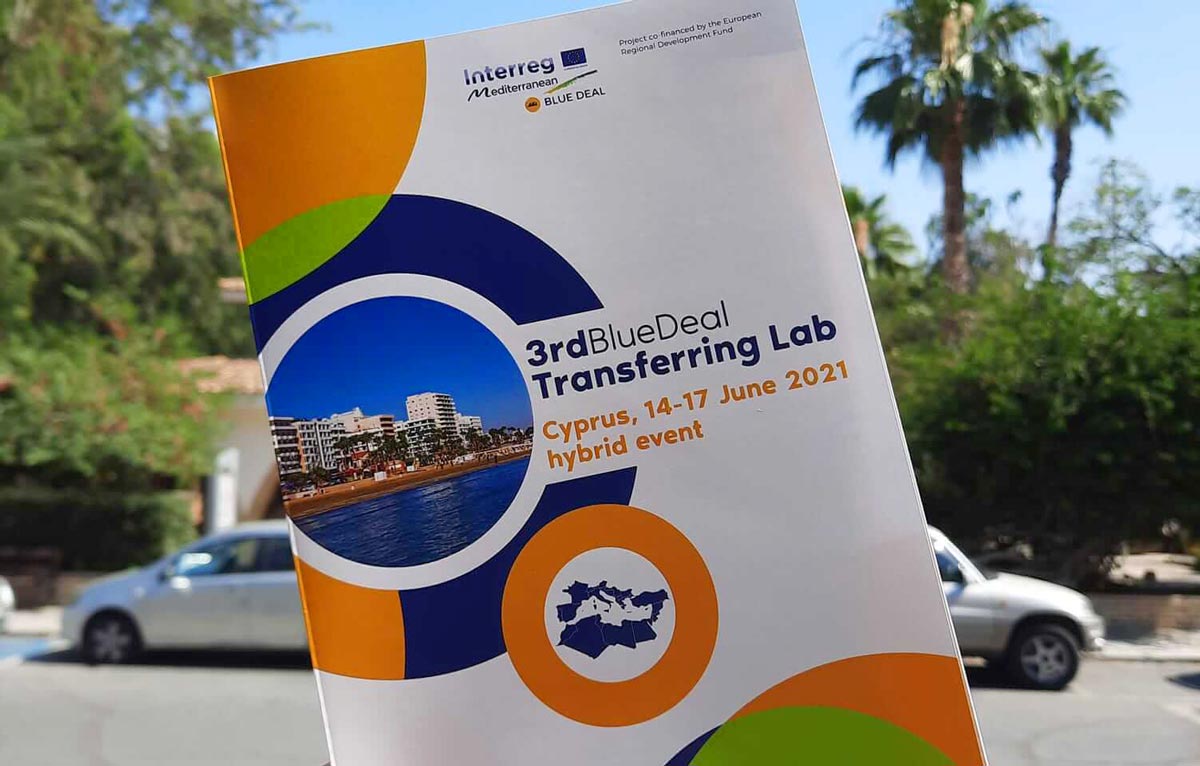 The third BLUE DEAL Transferring Lab of the project was held in Cyprus from the 14th to the 17th of June. With a duration of four days, the event focused on the policy and regulatory framework of marine renewable energy in Cyprus, the existing blue energy potential in this country and how to support its deployment and the development of this industry.

In order to raise public awareness about the utilization of blue energy on the island of Cyprus, the Cyprus Energy Office, in collaboration with MarInEM, organised the 3rd Interreg Med transferring lab of BLUE DEAL project.

The workshop took place at the CMMI House and combined online and live meetings in English. The online access was facilitated through the BLUE DEAL platform. The workshop was addressed to organizations active in the field of blue energy, both in Cyprus and in the Mediterranean, as well as to the public with a particular interest in the theme covered by this lab.

Among the speakers of the workshop were representatives of Ministries and Departments that are active in both the sea and energy, such as the Ministry of Shipping, the Energy Service, the Department of Environment, and the Department of Antiquities, who through their presentations outlined the blue energy policy framework in Cyprus. The development prospects of blue energy at the national level and the opportunities that open for the domestic blue economy were also presented.

The workshop closed with an open discussion on potential regional alliances to promote the Blue Economy in the wider Mediterranean region.

The detailed agenda can be consulted here.

BLUE DEAL is a European project made up of 12 partners from 6 Mediterranean countries and co-financed by the European Regional Development Fund and the Instrument for the Pre-accession Assistance Fund, with a budget of 2.8 million euros.