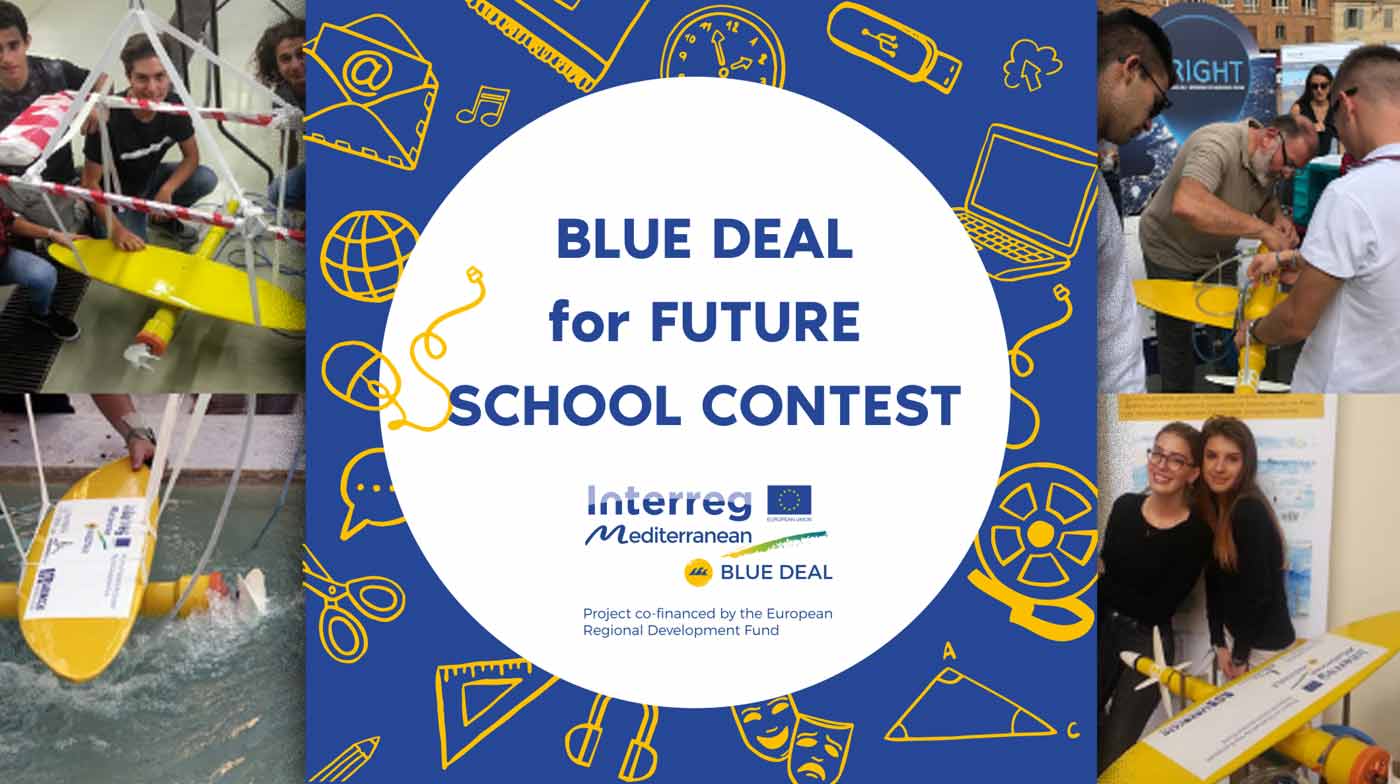 The international competition ‘BLUE DEAL for Future’ already has a finalist at regional level to participate in the final phase of the competition to be held in Ravenna (Italy) on 18 May.

This competition has been launched in the framework of the Interreg Med BLUE DEAL project and its objective was to actively involve the younger population in raising awareness and disseminating the use of renewable energies, specifically Blue Energy. Through the competition, the participating students have been able to put into practice the competences and skills acquired during their studies and at the same time they have been able to broaden their knowledge related to Blue Energy. In the implementation of this initiative in Andalusia, the Regional Ministry of Education and Sport of the Territorial Delegation of Education of Malaga has collaborated.

Students from six schools in Andalusia participated, with the teams selected at regional level for each of the categories being the following:

The international jury of BLUE DEAL has chosen the finalist teams that will participate in the final phase of the competition in Ravenna. From Andalusia, the team from Platero Green School has made it to the final phase in the artistic expression category and it will be at the Final Conference organised for the 18th of May in Ravenna where the three overall winning teams will be chosen, one for each category of the competition.

In addition to the Andalusia region, the ‘BLUE DEAL for Future’ competition has been carried out in the other 8 regions represented by the project consortium receiving a very high number of entries. CLANER is partner of the BLUE DEAL project together with the University of Siena, the University of Zagreb, ENEA, CRES, Geoimaging Ltd., CEEI Valencia, Dynamic Vision, Indaco2, Cyprus Energy Agency, U-Space, and National Agency of Natural Resources AKBN, a total of 12 partners from 6 Mediterranean countries, the project is co-financed by the European Regional Development Fund and the Instrument for Pre-Accession Assistance Fund with a budget of 2.8 million.

From CLANER we would like to thank all the students who have participated by offering their best proposals in the region of Andalusia, and we wish good luck to all the finalist teams from the 9 European regions that will participate in the final phase.

BLUE DEAL is a European project made up of 12 partners from 6 Mediterranean countries and co-financed by the European Regional Development Fund and the Instrument for Pre-Accession Assistance Fund, with a budget of EUR 2.8 million.