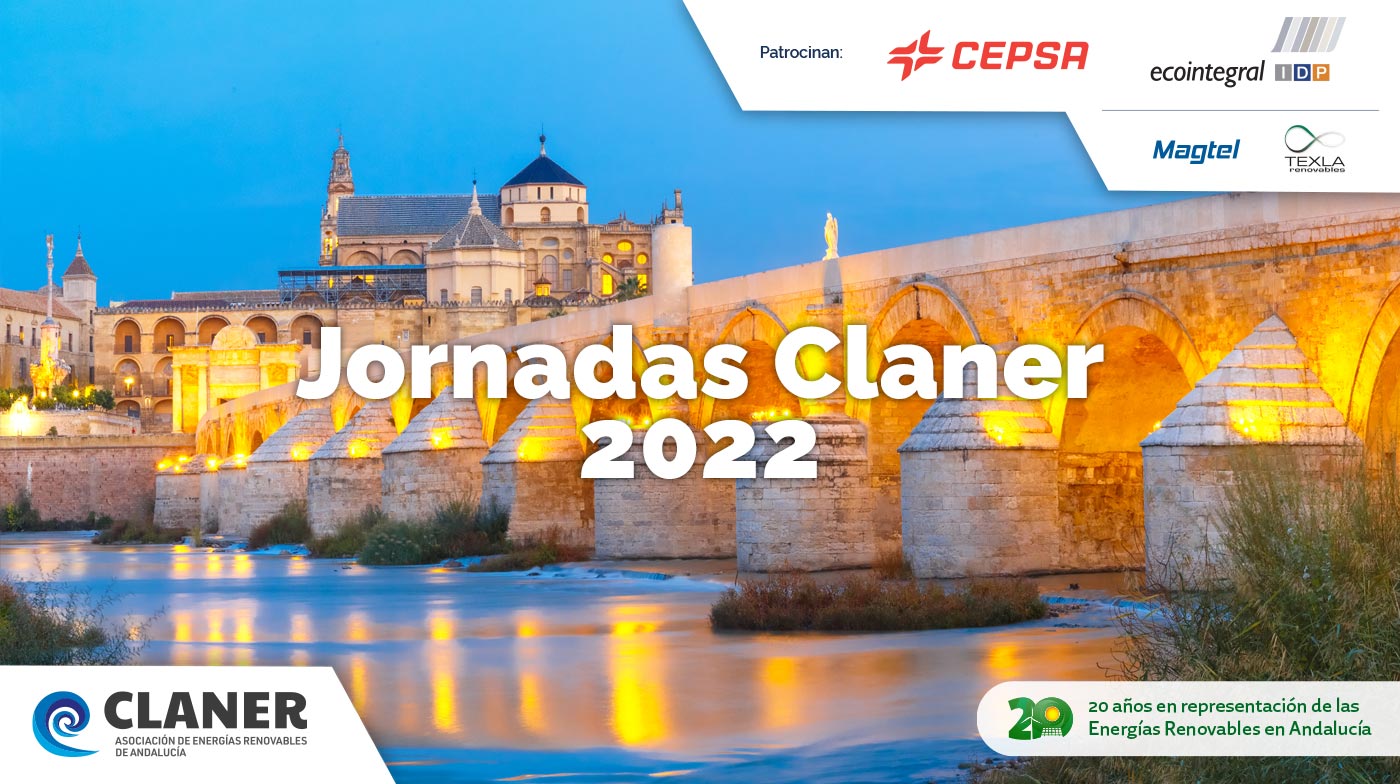 29th September 2022 – The Andalusian Renewable Energy Association (CLANER) will bring together the clean energy sector operating in the region in a conference to be held on 7 October at the Parador de Córdoba, coinciding with the commemoration of the 20th anniversary of the constitution of the association.

The meeting will serve to analyse the current state and future of clean energies in the region at a key moment for the sector as a key player in the industrial development of Andalusia, together with its role in generating employment and wealth in the region, as well as its central role in the necessary change in the energy model.

The inauguration of the conference, on Friday 7th, is scheduled to begin at 10.00 am with the presence of the Mayor of Cordoba, José María Bellido, the President of CLANER, Alfonso Vargas, and the President of the Confederation of Andalusian Businessmen (CEA), Javier González de Lara.

This will be followed by a round table debate on the prospects for the development of renewable energies with the participation of the Director General of the Spanish Wind Energy Association (AEE), Juan Virgilio, the Director General of the National Association of Renewable Energy Companies (APPA), José María González Moya, the Financial Director of the Spanish Photovoltaic Union (UNEF), Cristina Torres-Quevedo, and the Secretary General of CLANER, Gemma García-Pelayo.

This will be followed by the last round table debate of the conference dedicated to “Renewable Energies and Society”. It will be attended by the president of the Environment, Rural Development and Fisheries Commission of the Andalusian Federation of Municipalities and Provinces (FAMP), Manuel Lozano, the RTVE journalist, Eladio Hernández, the head of Renewable Projects at Cepsa, Pablo Ronse, and the director general of Forestry Policy and Biodiversity of the Andalusian Regional Government, Giuseppe Carlo Aloisio.

The closing ceremony is scheduled for 2 p.m. and will be given by the Secretary General for Energy of the Andalusian Regional Government, Manuel Larrasa, and the President of CLANER, Alfonso Vargas. The conference will be moderated by RTVA journalist Mabel Mata.

The Andalusian Renewable Energy Association (CLANER), with more than 20 years of experience, is a group of companies, official bodies, technology and research centres, universities and public foundations, among other agents.

The members of the association, which currently has more than a hundred member entities and represents more than 90 percent of the Andalusian renewable energy sector, include Andalucía Tech, the Energy, Environmental and Technological Research Centre (CIEMAT), part of the Ministry of Economy and Competitiveness, the University of Jaén, the Pablo Olavide University in Seville, the Descubre Foundation, municipal and provincial energy agencies, as well as the main renewable energy companies in Spain and the Endesa Distribución electricity company.