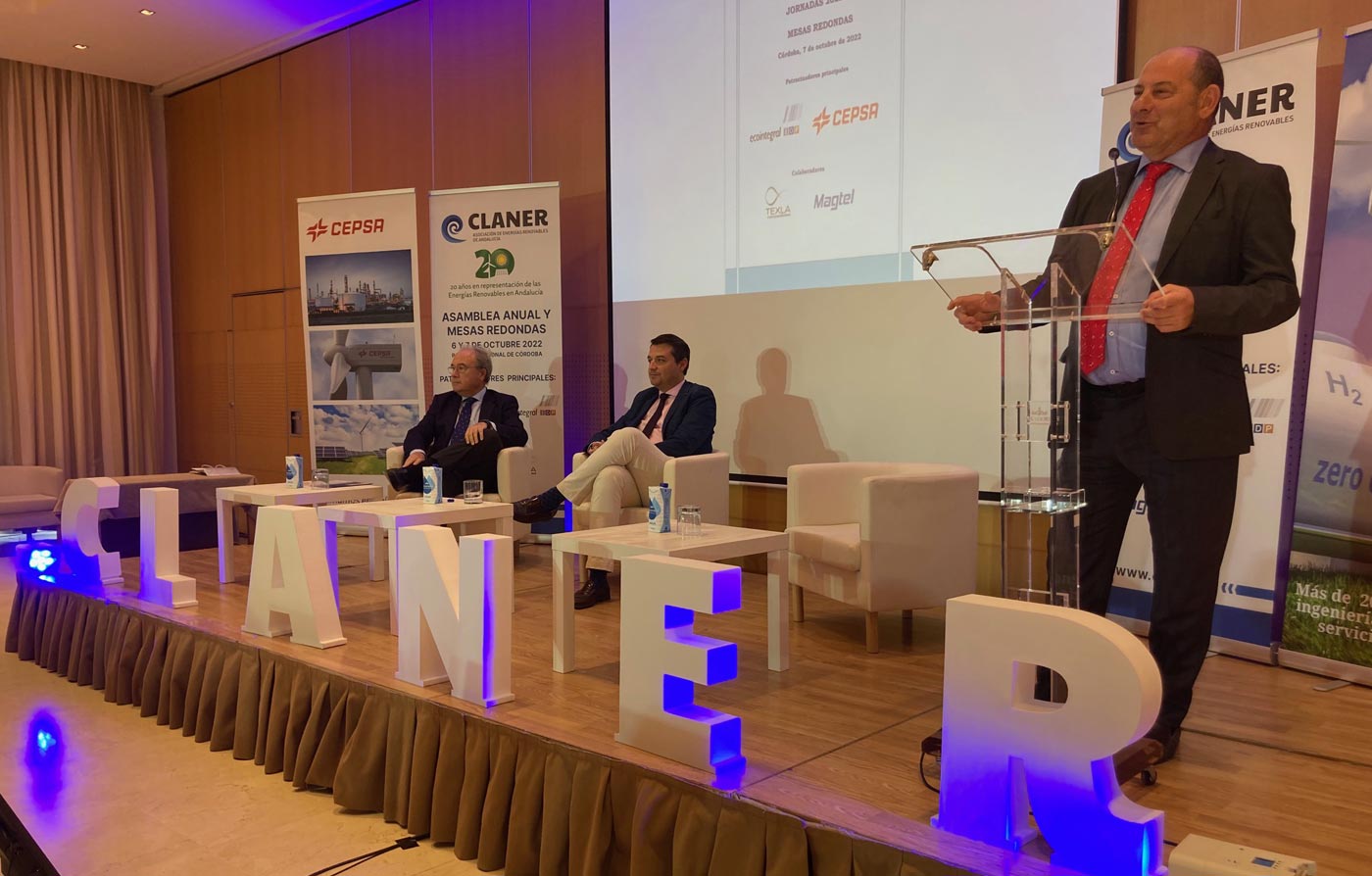 7 October 2022 – The president of the Andalusian Renewable Energy Association (CLANER), Alfonso Vargas, has claimed “the leading role that Andalusian companies dedicated to clean energy have been playing in the so-called green revolution and the change of energy model that Andalusia is experiencing”.

Alfonso Vargas underlined the strength and maturity of the Andalusian renewable energy business sector in order to place Andalusia at the forefront of the energy transition in Spain and Europe, while contributing to environmental sustainability, the fight against climate change and a new Andalusian industrial development, capable of generating wealth and thousands of jobs linked to clean energy.

At the same time, the president of CLANER welcomed the announcement by the Andalusian government to promote measures to speed up the administrative processing of development plans and projects underway in the region with the firm commitment to reconcile the necessary conservation of the environment with the economic momentum of Andalusia.

In this sense, Alfonso Vargas called on local authorities “not to hinder and to facilitate, in solidarity, the development of projects in which companies are the executors of an energy planning that is obliged by the regional, national and European Administration in order to achieve the transition to a model that allows us autonomy from the outside world, lower costs and preservation of the environment”.

The symposium also served to analyse the coming renewables with the participation of Magtel’s Director of Energy, Juan Manuel Vizcaíno, who spoke on self-consumption, CEPSA’s Director of Commercial Structuring for Green Hydrogen, Enrique Iglesia, and Ecointegral’s Director of the Hydrogen Division, Adrián Correo, who spoke on the subject of the hydrogen sector, Adrián Correo, who spoke about this energy source, the General Development Director and CEO of Texla Energías Renovables, Miguel Montero, who illustrated the management of electricity grids and energy storage, and the founding partner of Geointegral, Lorenzo Martínez, who spoke about geothermal energy. 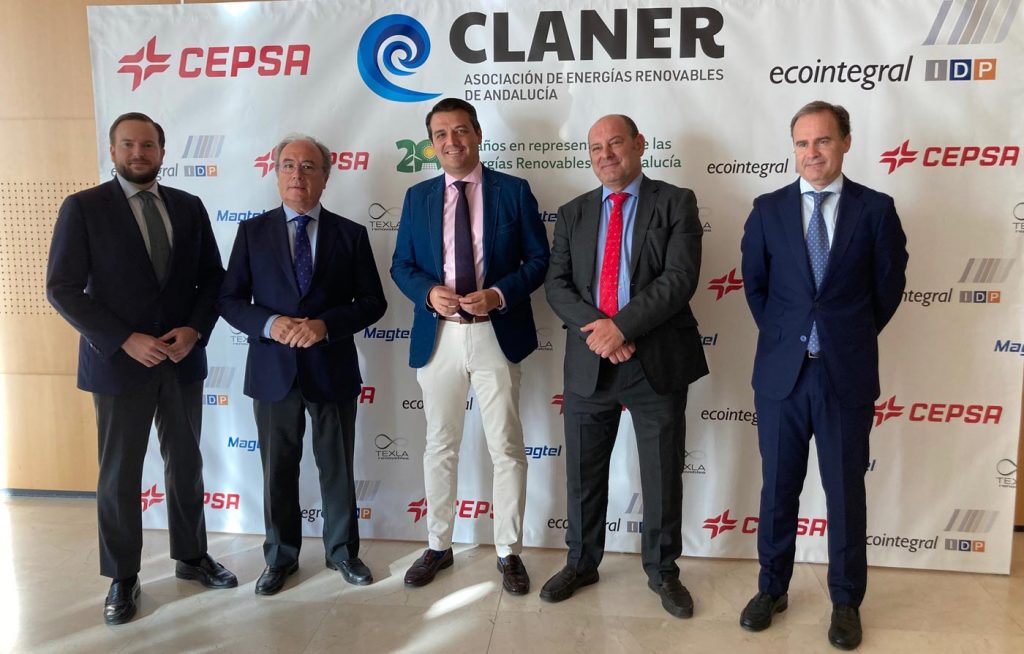 There was also room for the participation of agents from other sectors of society, such as the president of the Environment, Rural Development and Fisheries Commission of the Andalusian Federation of Municipalities and Provinces (FAMP), Manuel Lozano, the RTVE journalist, Eladio Hernández, the head of Renewable Projects at Cepsa, Pablo Ronse, and the director general of Forestry Policy and Biodiversity of the Andalusian Regional Government, Giuseppe Carlo Aloisio.

Finally, the closing ceremony was attended by the Secretary General for Energy of the Andalusian Regional Government, Manuel Larrasa. The RTVA journalist, Mabel Mata, was in charge of moderating the conference.

At the same time, CLANER held its annual General Assembly at which Mariano Barroso was appointed Honorary President of the association as the promoter and first president of the organisation when it was founded two decades ago, as well as being a point of reference for the entire renewable energy sector in our region.

The Andalusian Renewable Energy Association (CLANER), with more than 20 years of experience, is a group of companies, official bodies, technology and research centres, universities and public foundations, among other agents.

The members of the association, which currently has more than 140 member entities and represents more than 90 percent of the Andalusian renewable energy sector, include Andalucía Tech, the Energy, Environmental and Technological Research Centre (CIEMAT), part of the Ministry of Economy and Competitiveness, the University of Jaén, the Pablo Olavide University in Seville, the Descubre Foundation, municipal and provincial energy agencies, as well as the main renewable energy companies in Spain and the electricity company Endesa Distribución.